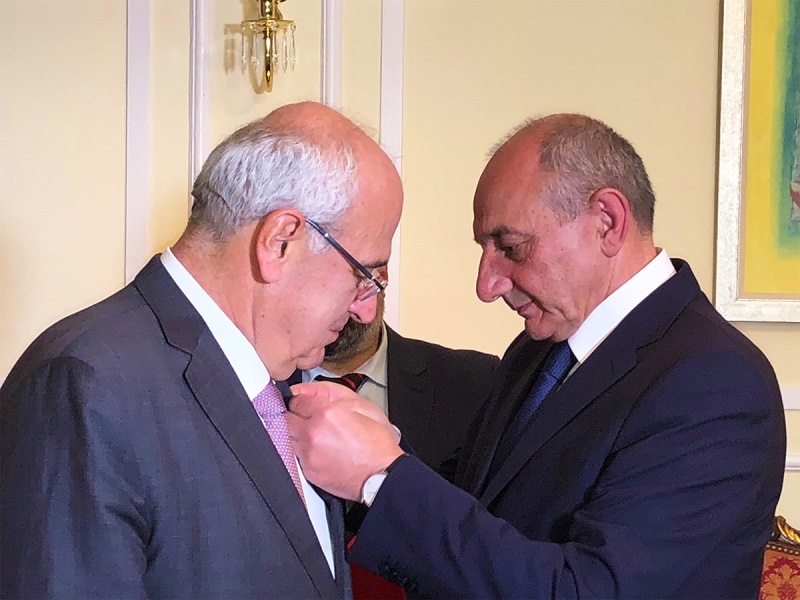 On March 15, the president of the Republic of Artsakh Bako Sahakyan and his delegation met with heads of the Armenian American community to discuss state-building issues related to Artsakh and the role of the diaspora in the life of the country. After expressing his gratitude to the attendees for their involvement in numerous socio-economic programs, he presented AGBU President Berge Setrakian with the Mesrob Mashtots Order, the highest honor conferred upon civilians, for the longstanding leadership he provided in his support, commitment and services rendered to the republic.

Throughout the development of the Republic of Artsakh, AGBU has demonstrated its unwavering support in multiple ways, from providing emergency medical aid to victims and soldiers, advancing education through extension courses, creative technologies, and specialized training to supporting agricultural and cultural initiatives to help build a strong socio-economic future.

In his acceptance remarks, Mr. Setrakian expressed his hopes that “the same kind of spirit that animated the liberation movement 30 years ago can be regenerated now to continue to strengthen Artsakh and secure its self-determination.” He noted that, “Although much help was sent, it wasn’t enough,” encouraging the community to do more so that the economy of Artsakh can be developed. He also stated that strengthening the economy of Artsakh is not difficult. It takes just a little attention and effort. He cited as an example the fact that about 20,000 tourists visited Arsakh last year and if that number could be increased to 50,000, it would make a big difference in the lives of the citizens of the republic. Mr. Setrakian concluded his remarks by stating that Artsakh is not only a matter of territorial integrity and independence, it is a matter of a “spirit” animating the pride of our nation.

Established in 1906, AGBU (www.agbu.org) is the world’s largest non-profit Armenian organization. Headquartered in New York City, AGBU preserves and promotes the Armenian identity and heritage through educational, cultural and humanitarian programs, annually touching the lives of some 500,000 Armenians around the world.

For more information about AGBU and its worldwide programs, please visit www.agbu.org. 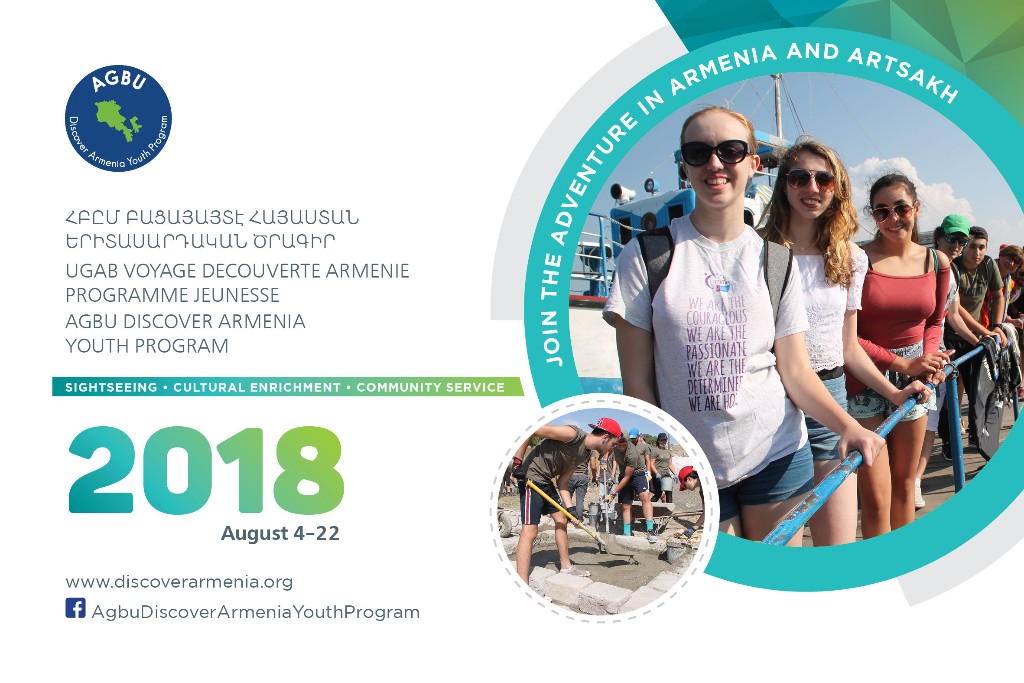 THE AGBU NUBAR LIBRARY LAUNCHES WEBSITE FOR ITS DIGITAL COLLECTION